Moving together every morning for healthier minds, bodies, and attitudes!

Home » Our Story » About Us » Daisy Moore Lalwani 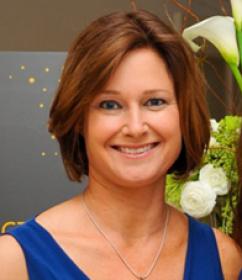 Daisy Moore Lalwani has been involved with My School in Motion!® since its inception. She was moving on the schoolyard with her children every morning during the first years of the program, and joined the board of directors when the organization formed in 2013. Daisy recently had the opportunity to expand her involvement and take on a larger role as the director of development and communications.

For the past 20 years, Daisy has worked for a range of nonprofits, focusing on communications and fundraising in the fields of health and safety and education. Daisy is a former public affairs director for the American Red Cross of Santa Monica and communications director for the Rio Hondo Chapter of the Red Cross. She served on the board of directors of Friends of Overland for 7 years, including 2-year stints as both president and chair. Daisy has also served on the steering committee of the Vassar Club of Southern California since 2000, planning events for more than 1000 college alumni in the area.

Daisy earned her BA in Victorian Studies from Vassar College and her Master’s Degree in Print Journalism from the University of Southern California. She is a certified facilitator of the Parenting the Love and Logic Way® curriculum and gives talks for community groups as well as teaching classes. In her free time, Daisy enjoys reading, walking, swimming, dancing and being active with her two children.